Welcome to Music Patron. This site is currently in development. What does this mean? See something that needs our attention? Let us know!

Back to Stuart's profile

Today I’ve started working on the order in which these pieces will be presented on the new CD. It’s a pretty complicated task, a bit like 3D chess (no, I haven’t ever actually played 3-dimensional chess) but I think I’m getting somewhere with the help of some mind-mapping and strategic colour-coding. (see image) 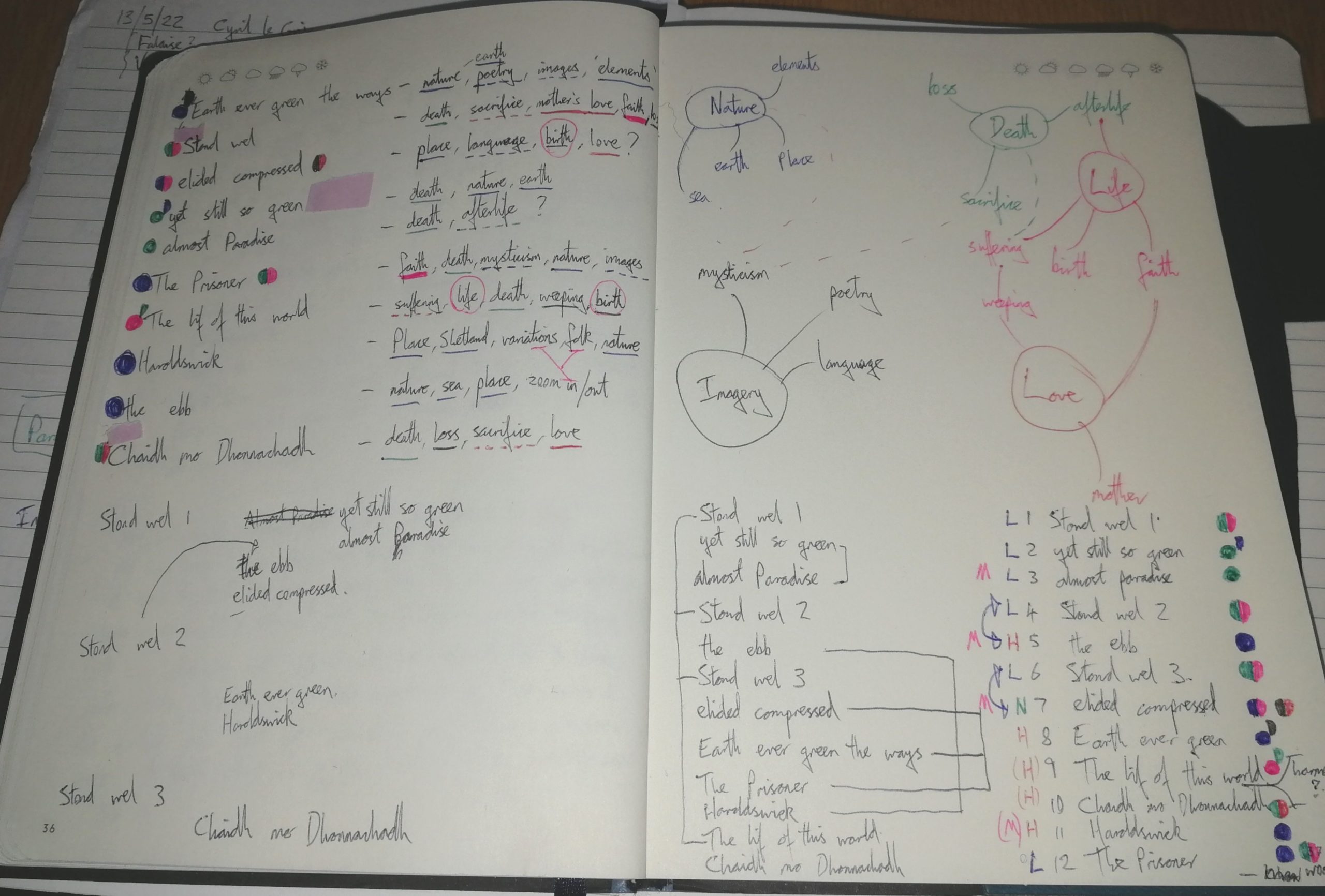 Some of the pieces are brand new, others are older, some have appeared in the last few weeks and others have been ‘in progress’ for years. Most are in English, some in Middle English, one is in Scottish Gaelic and there are a couple of instrumental pieces too. None of this makes the task any easier, as I also have to consider the following:

*The eagle-eyed will spot that most of these themes are recurrent in my work, going back a long time – yet somehow they always feel new when approached from the perspective of a new text or commission brief…

**The last point is rather unusual – but some of the tracks use my harmonium which, being a domestic instrument constructed before pitch standardisation, was tuned to (roughly) A=435Hz. It’s slipped a bit since then but I’ve managed to get it in tune with itself at A=434Hz. On the other hand, some others require quite specific microtonal tuning from the string players, so it will make much more sense to record them at 440Hz. Bearing this in mind, to avoid too many audible jolts in tuning, I’m attempting a gradual shift throughout the programme, from the lower pitch to the higher one, via a couple of heavily microtonal pieces that muddy the waters a bit. And then a final return, with the reintroduction of harmonium, to the lower pitch at the end.

There’s still much to think about, and I’m sure some of my collaborators will have thoughts about it too – but this is all part of realising what I am beginning to think of as ‘concept album as a medium of composition’ – so the individual pieces are not experienced as one long composition, but as if they are an immersive performance.

Thanks to all my patrons for your ongoing and much appreciated support – and if you aren’t a patron yet and are interested in supporting my work, head to the signup page here!

UPDATE: A couple of things I didn’t mention – I’m thinking of splitting one of the longish solo pieces (Stond wel, Moder, under rode) into 3 parts and spreading it, response-like, across the first half of the CD…the other Middle English work, The Lif of this World, then forms a kind of extension to this thread. And I’ve now mocked up the whole CD (with the tuning shifts) and listened all the way through! Seems to work.